Our European trips come in all shapes and sizes, and we think they're some of the best travel experiences around, but you don't need to take our word for it. Real Gap Experience customer, Kristina, told us what she got up to on her recent Grand European trip - keep reading to find out all about her awesome 28-day adventure...

We set off at 6am this morning. I had set my alarm for 5:15 so naturally I'm awake at 3am! Last night was a great chance to meet a few of the group and it was fun to eat out in London together.

Setting off towards Dover, we were introduced to our tour leader, Evan. The first leg of the journey was a chance to catch up on a sleep and meet everyone else. More travelling once we landed at Calais and then a 3hr drive to Paris. 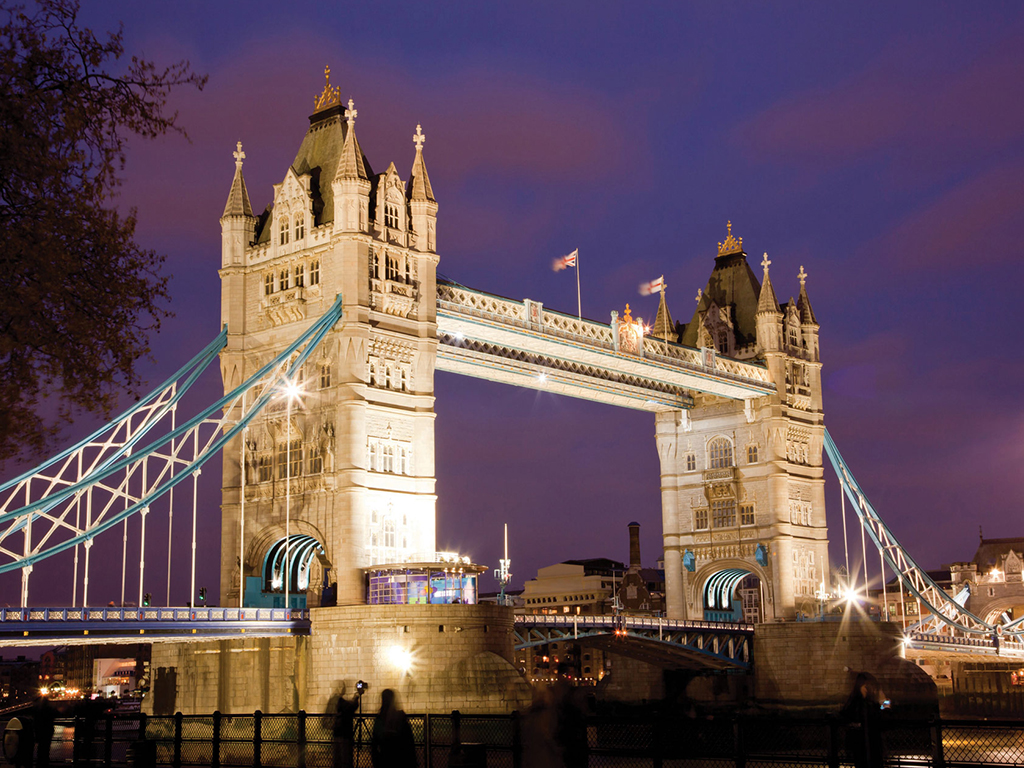 After dumping our things and grabbing our beds, we set off across Paris on our driving tour before pulling up close to the Eiffel Tower to enjoy a picnic - my first taste of snails, which tasted a bit like garlic mushrooms! The next day, we walked through the most beautiful park near the Louvre, made our way to the Arc de Triomphe via the Champs Elysees, and went to a couple of shops, including the Disney Store! We climbed halfway up the Eiffel Tower, then took the metro to Notre Dame. In the evening, we got dressed up and ready for the cabaret, which was interesting to say the least... the naked dancers were unexpected, but it was a fantastic show, even if it took a little getting used to! 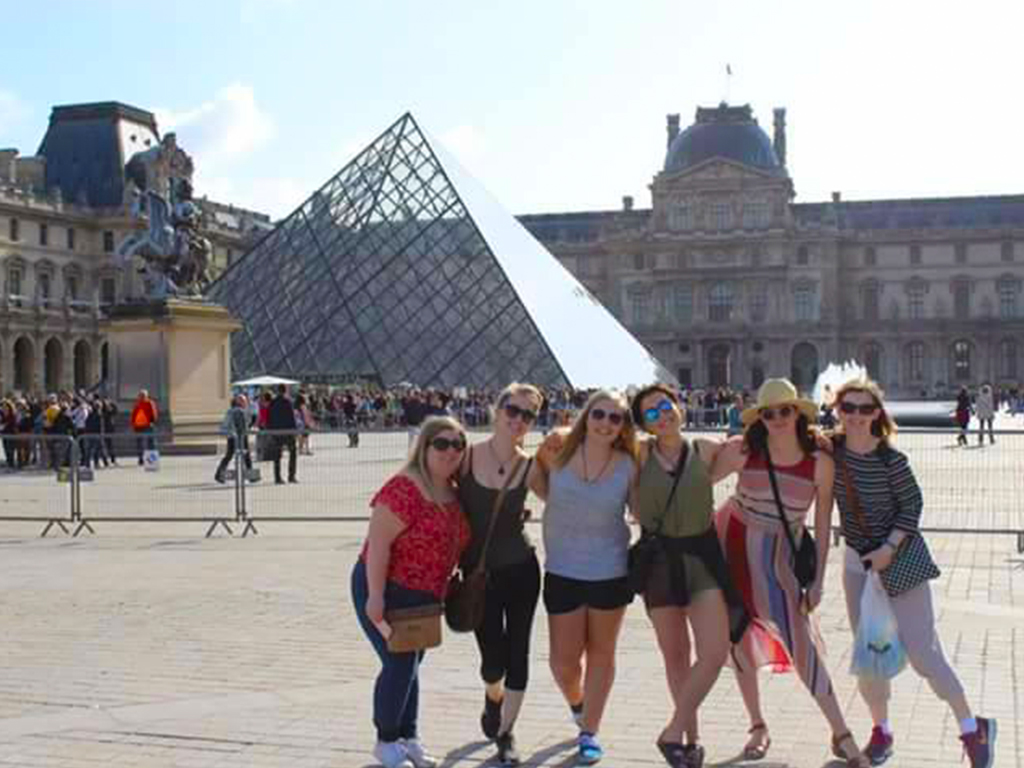 Arriving in Switzerland, we got to enjoy cheese fondue in the evening followed by an early night - the best night's sleep so far! The next day I set off to go skydiving, and although the weather initially looked a bit unpredictable, we were able to all set off to get into our flying suits and meet our pro 'divers'. Climbing over the mountains to 13,000 feet in the helicopter, we came to a bit of open sky. Woody (my pro diver) secured my harness and then about 10 seconds later, we were out of the helicopter and began to freefall. Once the parachute was open, I was able to catch my breath and look at the view. I had a go at manoeuvring the parachute as well, which was fun. In the evening, we partied until late with another group. 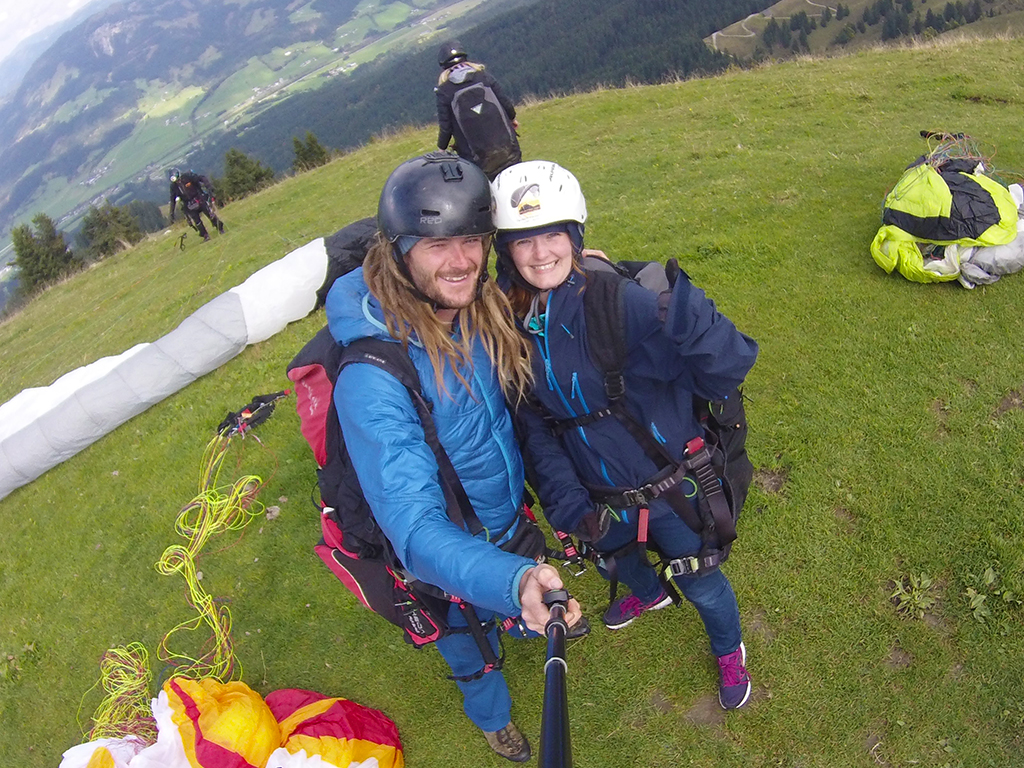 On arrival in Barcelona, we headed out for a driving tour of the best sights the city has to offer - Barcelona has some beautiful views. In the evening, we walked down to Las Ramblas and enjoyed dinner before being taken to see a flamenco show, which was really impressive. Afterwards, we were treated to a nightlife tour of Barcelona's coast, needless to say I was nursing a hangover the next day! We got to explore Barcelona by ourselves the next day, so with one of the others, Mel, we explored the rest of the town, starting with the famous Sagrada Familia, before heading to the Hard Rock Cafe for mocktails and then the local community centre where we met up with the rest of the group for a tapas tour. 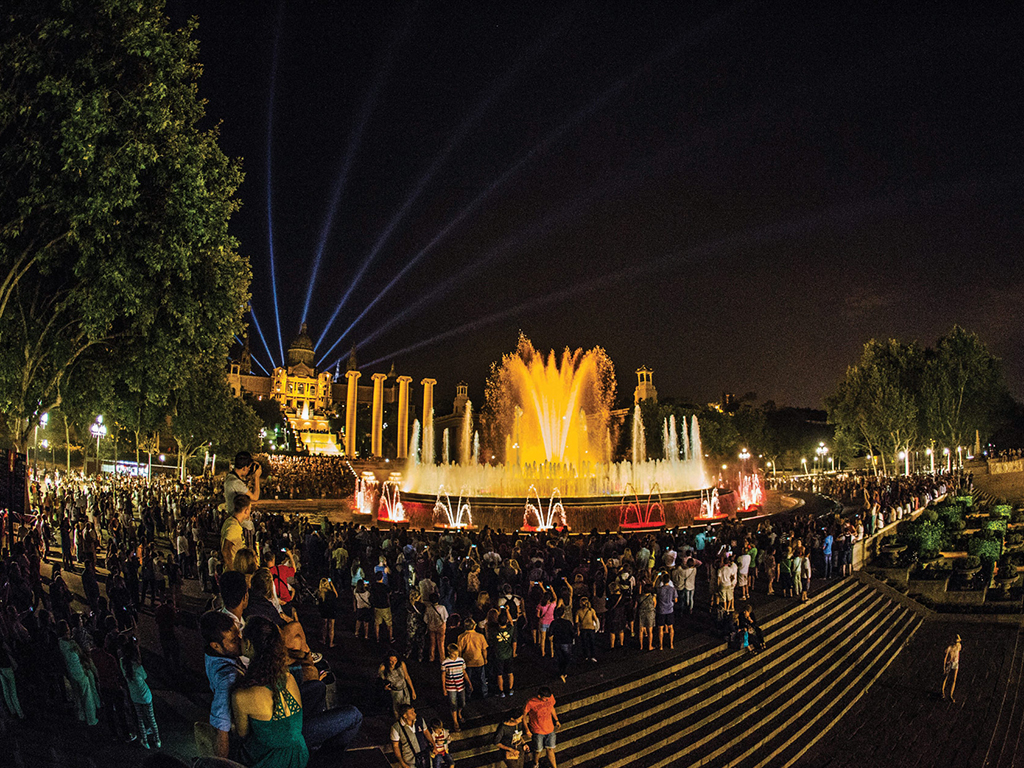 In Nice, I finally got up for a sunrise! And although I was half asleep, the shots I took were beautiful. Unfortunately, I had bad tooth pain, but speaking to one of the team and a pharmacist, I was able to see a dentist without missing too much of my day in Nice. Afterwards, I was able to explore the lovely town and bought a dress, and then went to the beach as it was awesome weather, which I felt was well-deserved! Later, we made our way over to Monaco and stopped on the way at a perfume factory to learn how different fragrances are made. In Monaco, we were treated to a visit to the Palace of Monaco and then the Grand Monte Carlo Casino, boy was it a sight to see! We spent the evening at Sun Casino, placing bets, which was good fun. 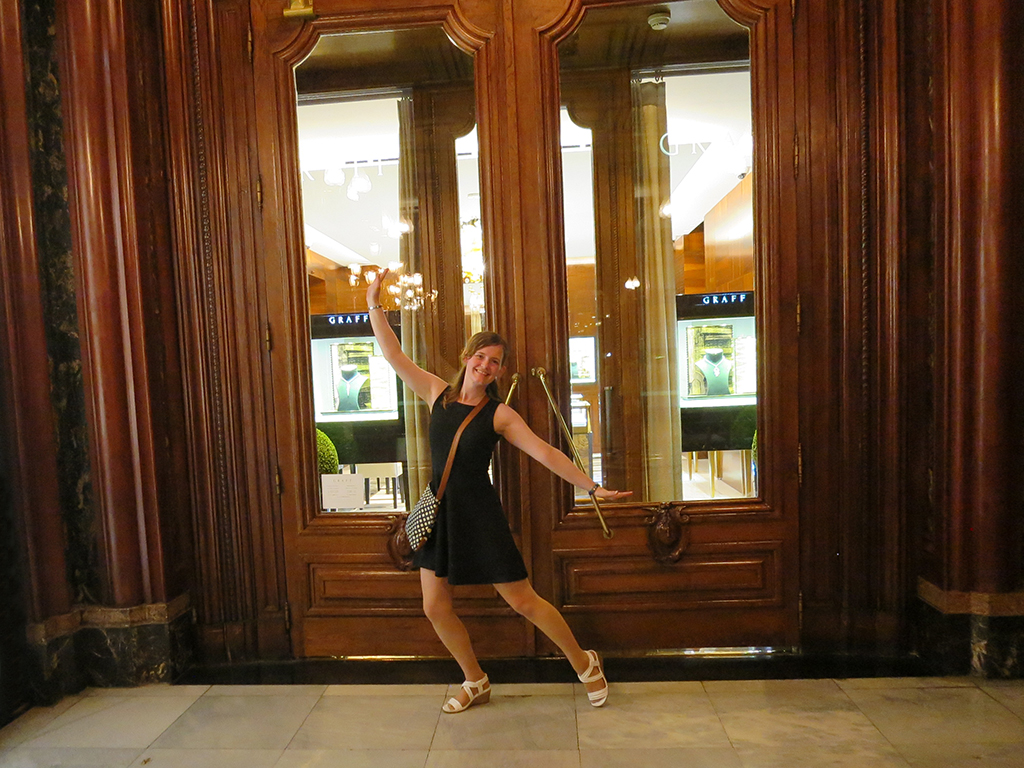 On route to Florence we stopped off at the leaning tower of Pisa to look around and take some photos. In Florence, we took a walking tour of the city and then learnt how to tell real leather from fake at the Leonardo Leather Factory. Afterwards, myself and a few others explored Florence at a slower pace, fitting in a trip to the Leonardo Da Vinci Museum, before then going on a group vineyard visit later on.

On our way to Rome, we stopped off at a small town called Orvietto for lunch and to have a look around. A short trip later, and we were in Rome! We started with a walking tour of the city, where we saw the Spanish Steps, the Trevi Fountain, the Pantheon, the Colosseum, and the Typewriter, before going to a toga party in the evening (when in Rome...). The next day I had a pretty lazy one by the pool, but I decided to head into the city to see the Roman Forum, which was really worth the visit.

We got to enjoy another walking tour on arrival in Venice although it was raining, so not great for photos! We also visited a lace factory and a glass blowing studio, before heading to the other side of Venice for a gondola ride. 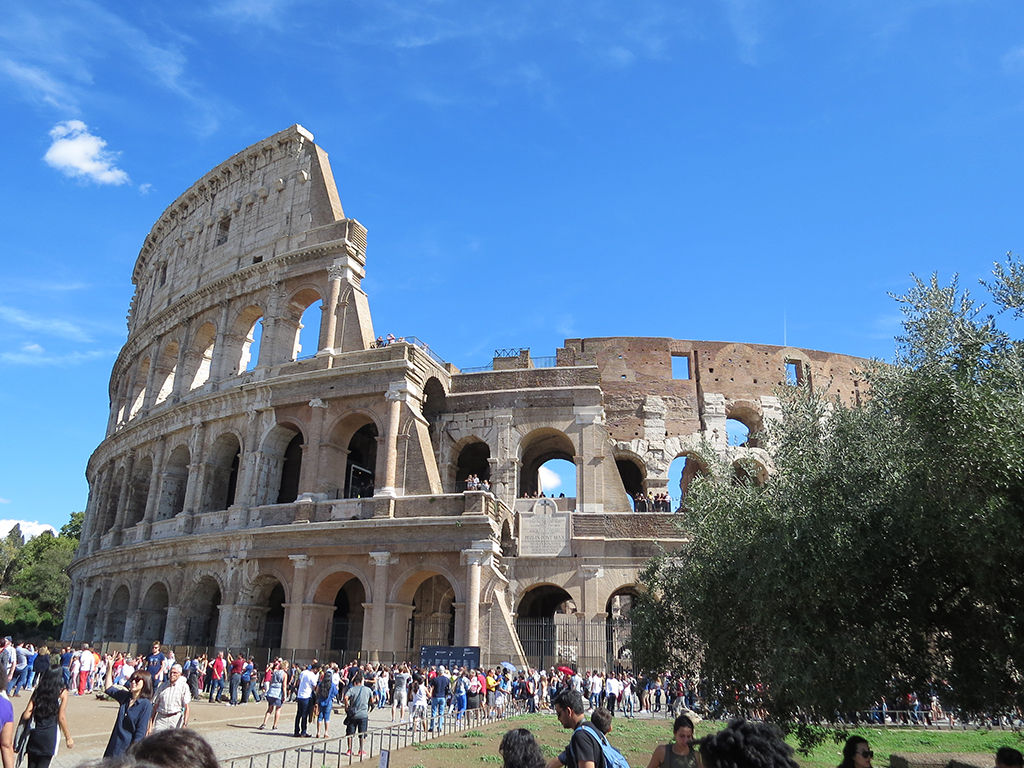 On our way to Pag Island, Croatia, we stopped off at the famous Postoljna caves in Slovenia to find out how the different caves were formed. On Pag Island, we were booked onto a private boat tour, where we got to jump off the boat into the sea, make the most of our new scuba gear, and enjoy lunch at a close by pebble beach. We got to try some cliff jumping and cave exploration, too.

Leaving Croatia, we travelled to Slovenia, first getting to explore Ljubljana, where we stopped to see the sights, do a bit of shopping, and enjoy some delicious food, and the next day headed off to Kirchdorf via Lake Bled. The castle at the top of the hill here is really worth a visit. 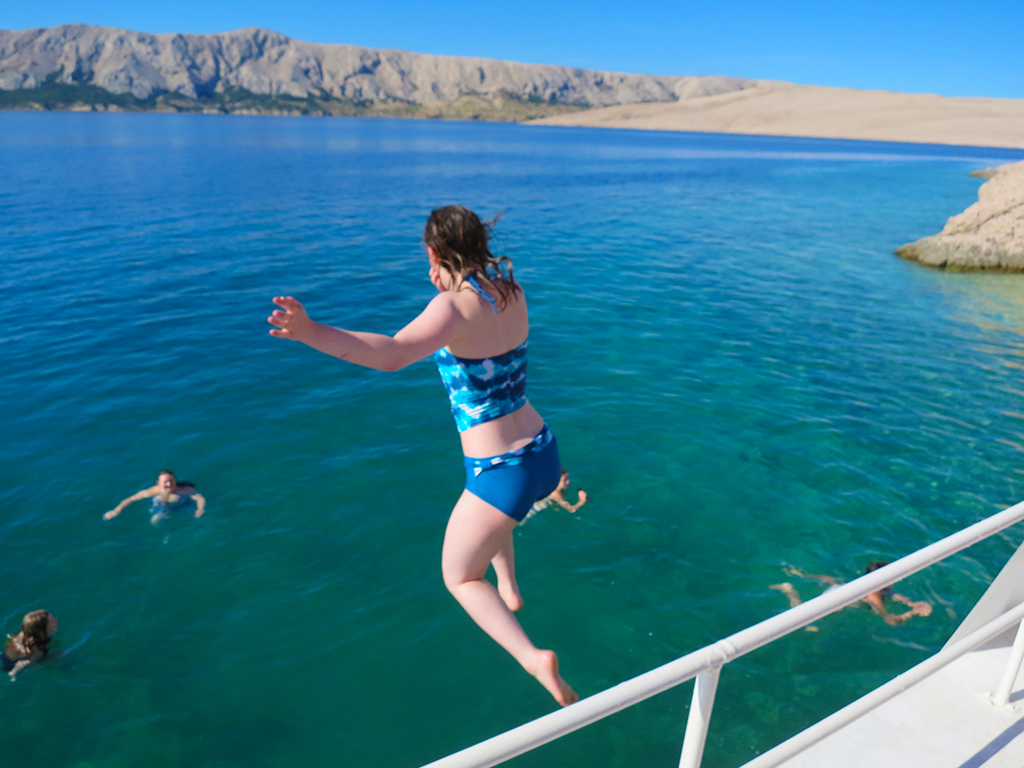 Heading into Kirchdorf we got to try canyoning, which sounded ever so slightly terrifying! We got to jump into waterfalls and pools, and abseil down a 20 foot waterfall. Afterwards, we drove up to the cable car station and rode through the Austrian Alps to the top of the mountains to go paragliding - the views were incredible!

The next day we headed off to Prague, stopping on route to visit a concentration camp known as Mauthausen. We walked through different areas of the camp including the Church, the latrines, the gas chambers, and the graveyards, which was hard having heard the history. In Prague, we had a bit of free time to explore the area for ourselves. I visited the Apple Museum and the LEGO Museum and got a bit lost (I must work on my map-reading skills, especially in Prague, this place is a maze!). In the evening the group went to a medieval-themed night complete with a five-course meal and fantastic entertainment including belly dancing, fire, fighting, snakes and bagpipe players. It was a brilliant night. 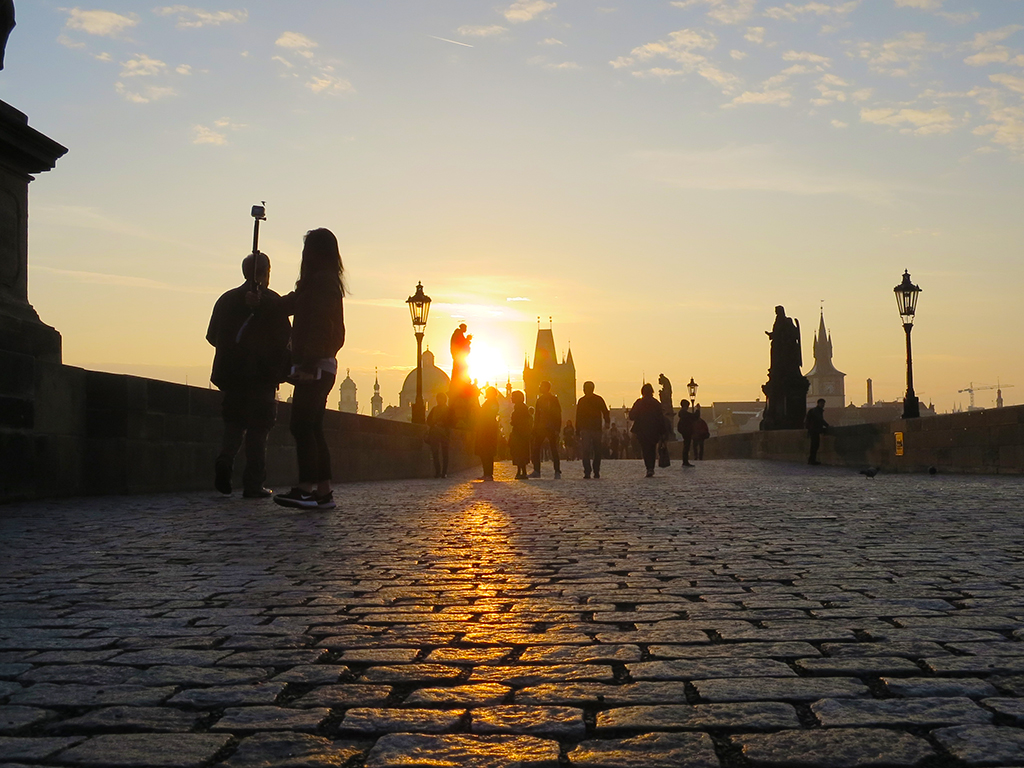 We made our way to Berlin, stopping first at Dresden, that had to be completely rebuilt after being demolished in World War II. We took a short walk around before grabbing some dinner, and then made the rest of the journey to Berlin. We took a Third Reich walking tour and saw all the major WWII sites and the remains of the Berlin Wall. Afterwards, we were free to explore the rest of the city by ourselves, so I visited one of the Berlin Wall's guard towers and an underground Jewish memorial museum. 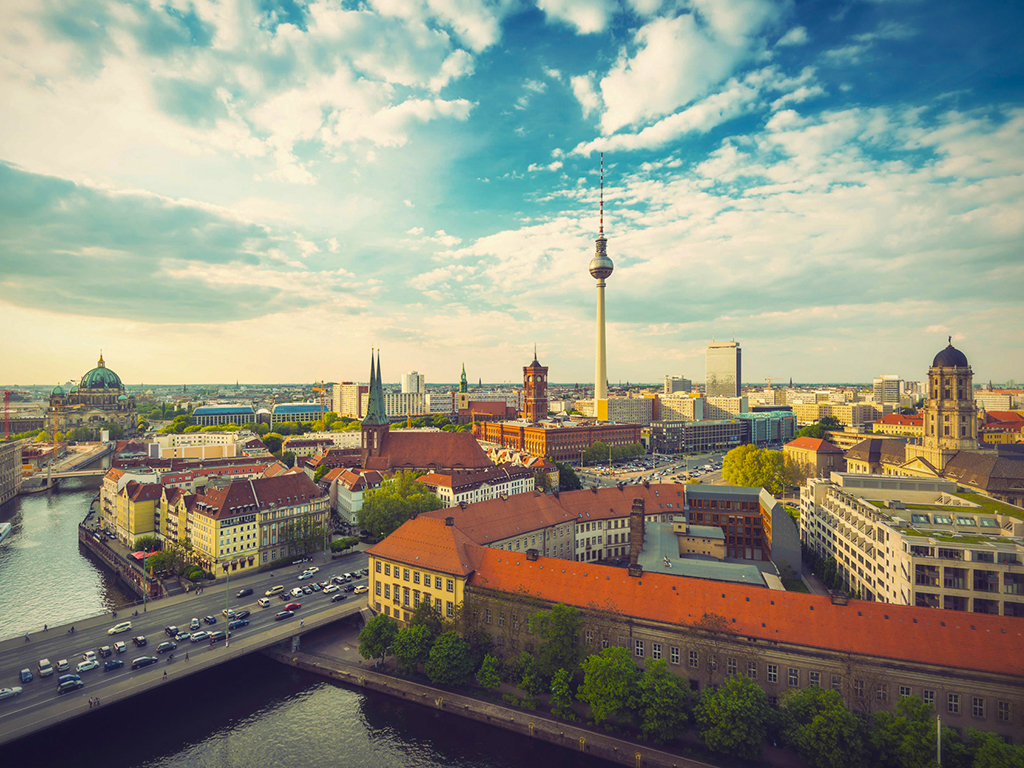 On our way to Amsterdam, we had time to stop off at a local Dutch farm that makes clogs and cheese. I came away with an adorable clog keychain and my own personalised clogs to hang up. In Amsterdam, we headed to the red-light district. In all honesty it wasn’t as bad as I was expecting. The next day we went on an organised bike tour. It was a Sunday morning, so the roads weren't busy and we could navigate pretty well. We saw several major sites including the many museums and famous bridges. Later on, I got to tour the area by myself, so I headed to the Anne Frank House and a local cheese shop and tulip museum. We rounded off our Amsterdam experience with a canal dinner. We were given a riverside tour of Amsterdam at night and it was certainly beautiful. The dinner was also something to enjoy, curry and cake! 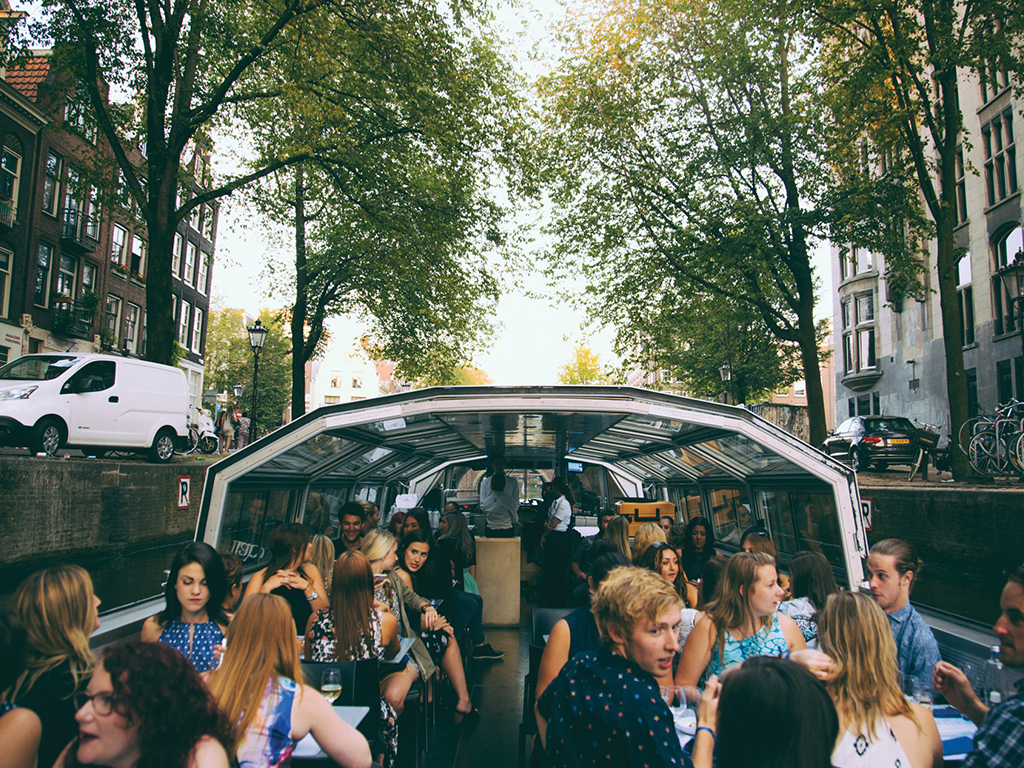 Thinking of booking your own European adventure? We've got plenty of options for you to choose from whether you're looking for a month-long multi-country experience or are just after a four-day getaway. Contact us on 01892 277040, ping us an email at [email protected], or ask us a question online! 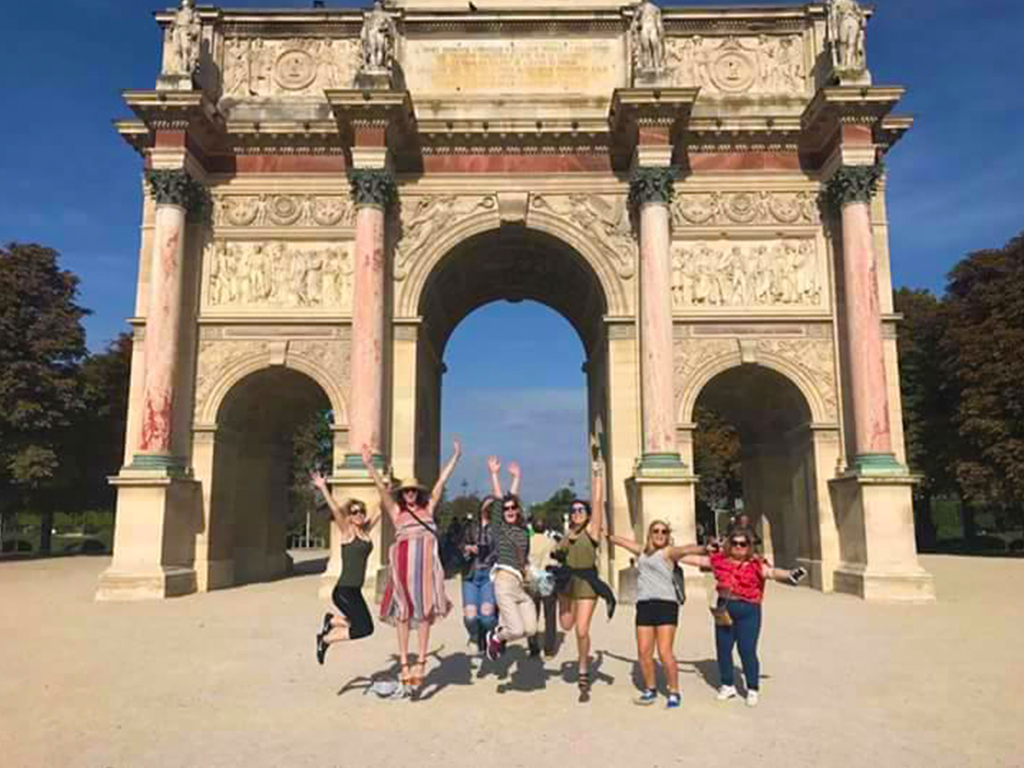