After we caught up with Olly, Declan, Helen and Tom last week, our four backpack wankers have been touring around Queensland, taking in Fraser Island and the Outback!

Waking up feeling a bit worse for wear, the team had organised a river cruise in the Queensland capital of Brisbane, where we wandered around in the searing heat for a few hours. Afterwards we headed for the Bruce Highway in time for the ferry to Fraser Island. Awaiting us on the island was an all you can eat buffet at the Dingo Bar (hello!). A real outback style joint, after a few schooners and rounds of pool we headed back to our lodges to get some sleep before our day exploring Fraser Island. 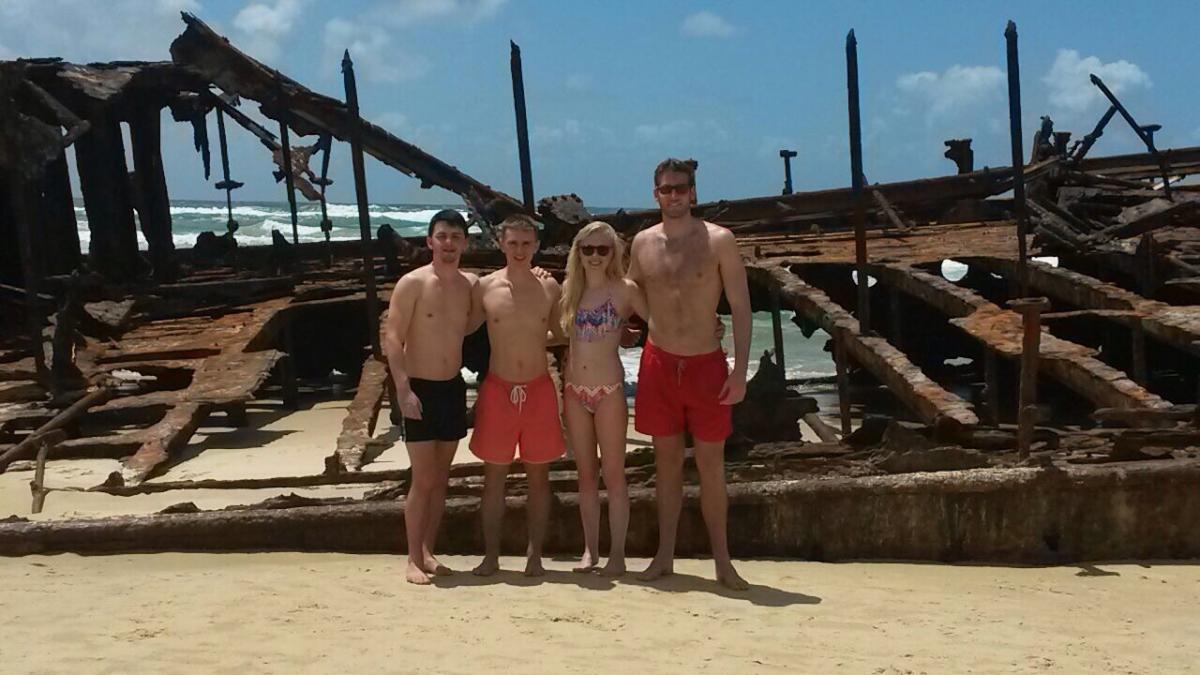 We started out with a day tour through the rainforest, where we spotted some rare Australian wildlife. It was awesome!

Next we arrived at the greatest beach on the planet, armed with a couple of paddle boards and American footballs, which made for some great target practice. We ditched the paddle boards and ended up taking part in a gladiator-style wrestling match on the water (which got physical very quickly!).

We packed up and headed to Kroombit Park, with thousands of acres and some real outback Aussie culture! Our farmer leader Andy took us for some practice with a lasso before getting in the pen for the real thing to take on some real goats. 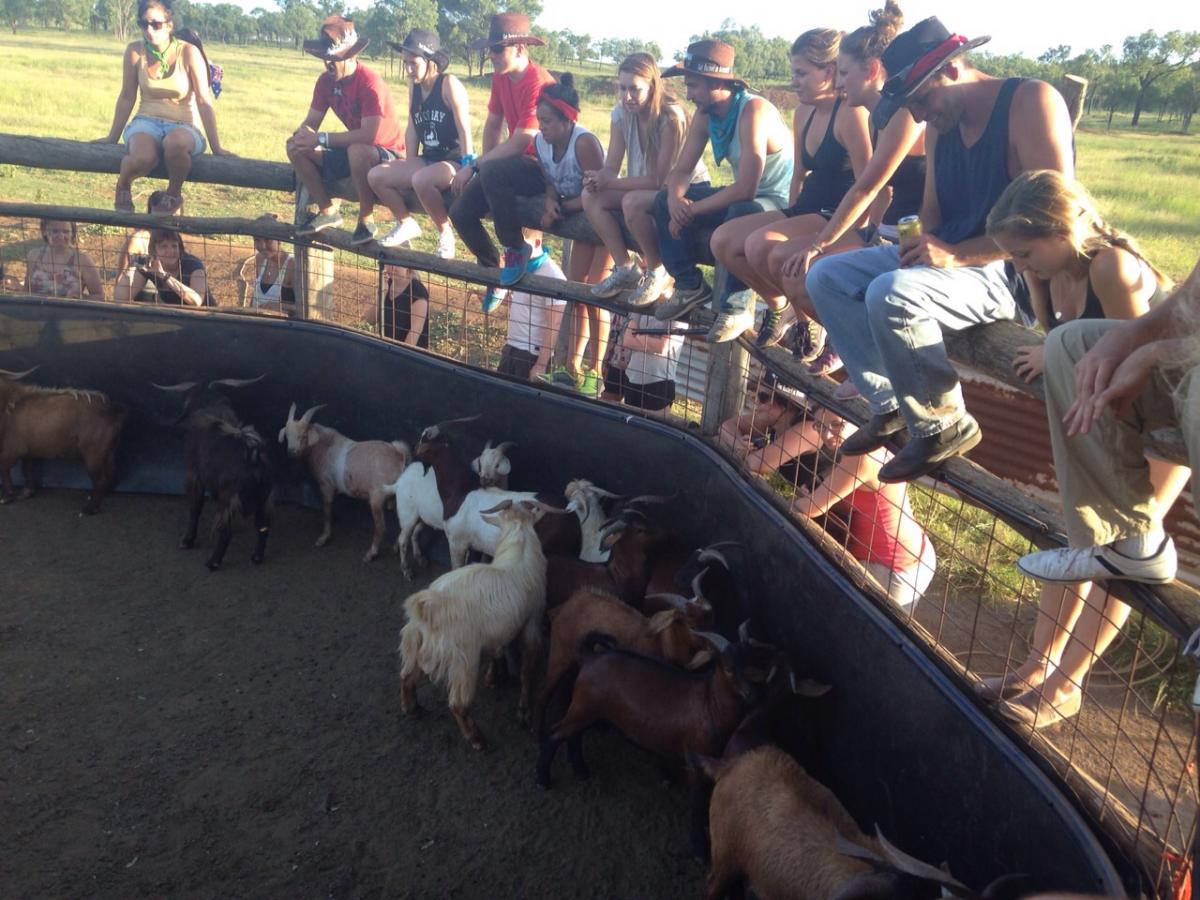 After that we all got our shooting boots on for some clay pigeon shooting, which was incredibly addictive and great fun. To wrap up the night we got involved in some old school line-dancing and whip cracking. After a few bunderburgs and cokes, Dec was throwing more out more shapes than a trigonometry lesson to Steps' 5,6,7,8!

A great action packed day, and Helen's favourite so far!

The last day on Kroombit farm started off with a home grown breakfast with some mystery meat. Some of the group went off on motorbikes around the thousands of acres, whilst we went off goat mustering in our new cowboy clobber. Olly was matched up with the horse "Big Bonnie" who was a bit of a diva, luckily he's used to handling temperamental women... Helen on the other hand was matched up Ghost who didn't see to take to kindly to Big Bonnie, which saved her having to talk to Olly on Valentine's Day.

Dec's day got from bad to worse. He apparently "got in to a scrap with a tarantula" and ended up coming back with an eye as big as a bowling ball (actually... he just got dirt in his eye!). With a bit of time to kill we continued our sporting rivalry with the Canadian birds, and got battered at another sport - this time, volleyball. We trudged back onto the bus wounded as Dec wandered about aimlessly, high in benedrill with his eye patch on.

With Australia playing England in the cricket World Cup, we played a few games and the stakes were getting raised higher and higher. As usual the English got battered resulting in us having to streak across the beach as punishment. Drowning his sorrows after losing his fight with a "tarantula" Dec turned out completely car parked, performing a very trippy, interpretive dance around the beach fire near our Aussie tour guide Alan. It's going to scar him for life!

Check out the mega itinerary on our East Coast Tour here