Tweet
FEBRUARY 23RD, 2015 BY IN AUSTRALASIA
Since the last update, Olly, Tom, Declan and Helen have been making their way around Queensland, taking in the Whitsundays and Cairns. We're SO jealous, we're not sure we like them anymore... ;)

Day 9: After Valentines day we left Emu Park on our way to the boat, the first time for many. We all had images of The Wolf of Wall Street scene has the rain started to fall and the winds howled. Luckily it was only a brief spell, as we got to spend the day on a real sailing boat that Prince Charles had once sailed on - leaving us feeling like royalty.  The scenery was amazing, and the weather was red hot, as we sailed through the world famous Whitsundays snoozing on the deck  with plenty of chilled beers in the cooler and not a care in the world.

It soon turned messy after a few boxes of goon and being stranded on our own personal yacht, with Dec clogging the sink with his sick, and running around in a life jacket waking up our captain. But they all took it well and we had snorkelling to look forward to the next day. 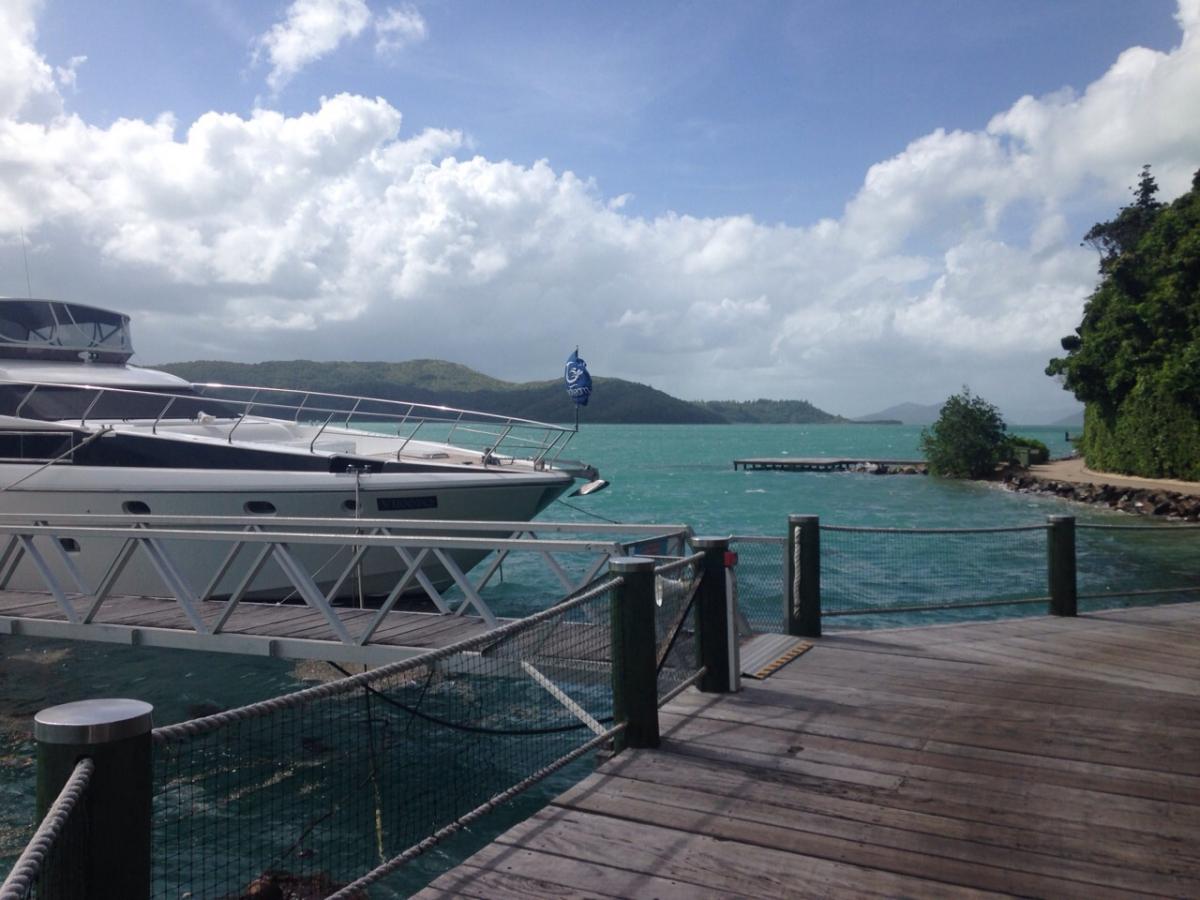 - First full day on the boat-

Day 10- A 6am start with our slight cranky captain who'd had little sleep (sorry mate!) we left Hammerhead Cove to Whitehaven beach, one of the nicest destinations in all of Australia and a great hangover cure (especially for Dec). We had the afternoon to ourselves to chill on the beach, with sand so white you could clean your teeth with it (literally). Back to the boat, we had lunch cooked for us by our own personal chef.

Our next stop was a 2 hour stop to go snorkelling out in the Great Barrier Reef. With great conditions meant we were able to see all sea life possible, including the rare clown fish, stingrays and a few lemon sharks. Daydream island was our next stop, as close to paradise as you could possibly come, where we were greeted with the whole schbang by a big group of kangaroos, shell necklace and an all you an eat buffet which was out of this world. 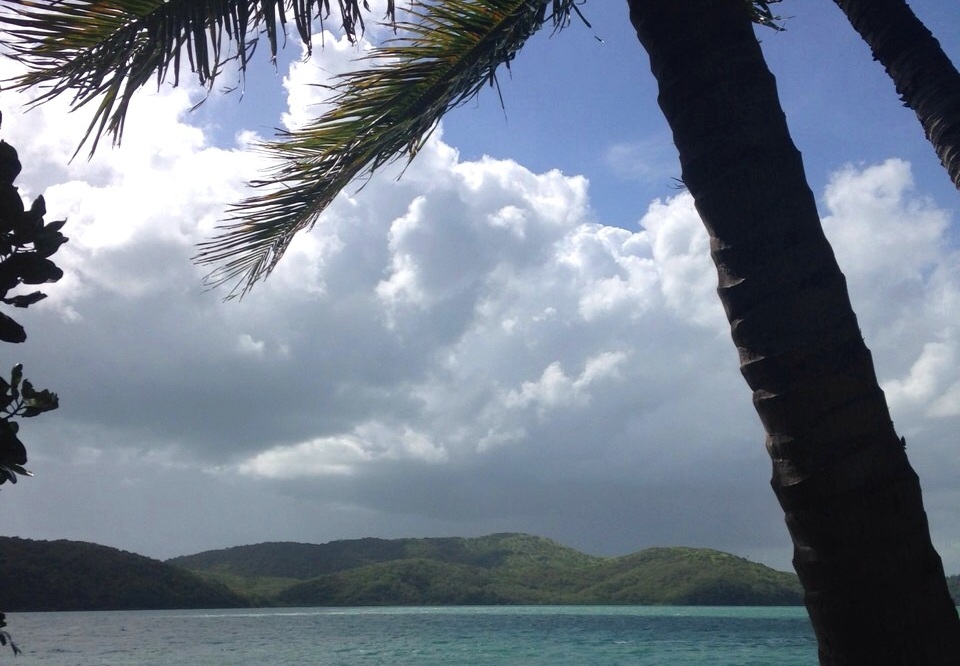 Day 11- We had the day to ourselves, with the morning being comprised of the last leg of UK vs Canada series, this time the sport- 'Crazy Golf' on a $1.5m course, with the UK coming out on top. The afternoon was planned to be spent hiring a boat, a jetski island tour and wakeboarding however the sea conditions meant that instead we enjoyed our afternoon chilling and drinking by the pool with an evening meal at one of the islands restaurants taking up the rest of the day.

(We got some snooze stops in along the way too!) 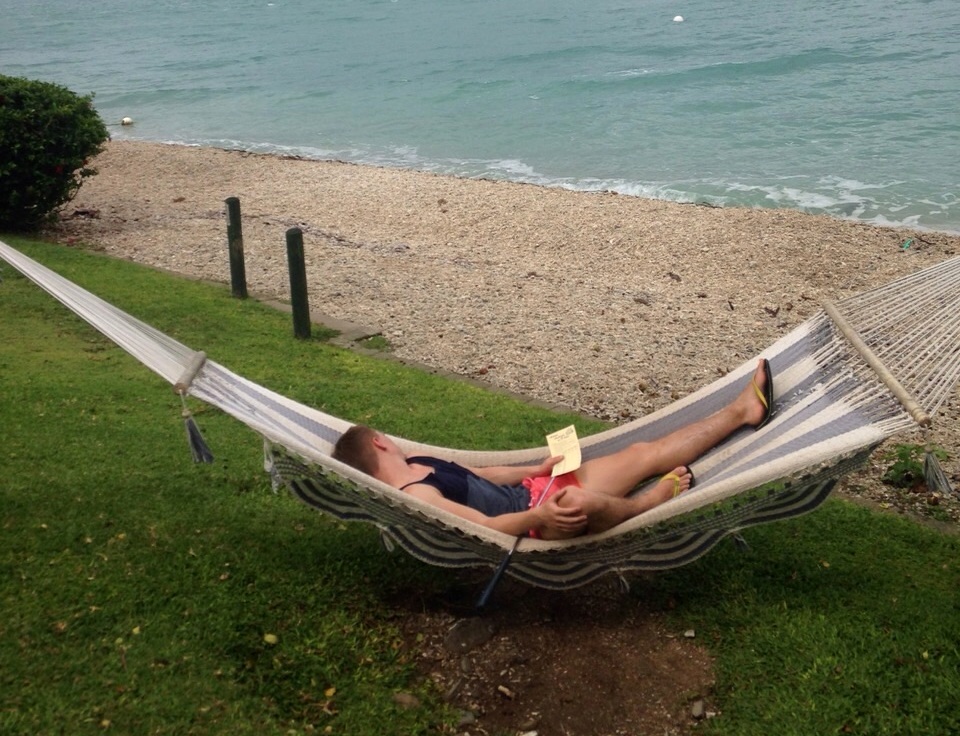 Day 12- Cairns- The 9 hour bus journey to Cairns soon flew by with the help of a few relevant films such as Australia and Finding Nemo. Once in Cairns a group of us wanted to try some more exotic food so we ventured to a restaurant to try Kangaroo, Crocodile Barramundi and Emu.

Day 13- This was the last full day of the tour with the majority of us, choosing the optional Passions of Paradise reef tour which stopped at two destinations and let us snorkel and scuba dive with the chance to see lots of sea life including a shark and clownfish. This night there was an included last meal that meant a good chance for a few speeches and farewell messages, most of the group then ended up partying late into the night with Olly finding the whole thing too emotional so he ended up spending most the night at the bar. This didn't end too well!

Day 14- A free day and the official end to the tour, we chose to mark this with another extreme activity - bungee jumping. At the only place in Australia to offer us this opportunity, we spent most the day with the three boys all digging deep to make the jump, Helen however decided she would just spectate this time watching Tom also run and jump of the platform and ride a bmx off. The boys also went on the Mingin Swing which lets you reach over 120km/h, on the swing you realise yourselves when you reach the designated height allowing for Tom to panic Olly by pretending the mechanism was broke before pulling it when Olly was least expecting. We then spent the afternoon at the man made lagoon in Cairns and opted to meet with more of our group that were still left in Cairns for dinner and a few drinks.

Day 15 - Today we said bye to Helen as she ventured to Melbourne to meet her brother, the boys decided to take advantage of one of the other optional activities - white water rafting! They ended up in a raft full of young lads and a crazy instructor called Macka who made it his mission to flip the raft as many times as he could even though this wasn't standard practise. He even managed to achieve a "Tully Double" with us making many of the other instructors green with envy. We then spent the evening taking advantage of the free BBQ facilities near the lagoon in Cairns.

Wahay! Sounds like the guys are having a great time. Want to take part in the same adventure? Check out our East Coast Tour! Check out part 1 and part 2 for more from the gang!