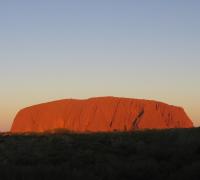 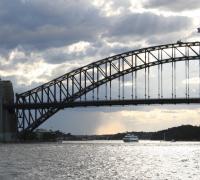 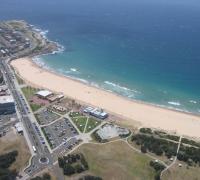 We can picture it now… cocktails on the beach at Bondi, soaking up the sun in Sydney, diving in the Great Barrier Reef... (and that's without even mentioning the excitement of having a whole new country to explore!). There's no denying that Australia is an awesome backpackers destination, and over the next week we’re going to be launching a mini ‘backpackers budget’ series- giving you guys all of the goss on life Down Under.
We’ll be dishing the dirt on budgeting for your year abroad, from cool n’ cheap things to do in the city to how to blag yourself cheap accommodation in Sydney (as yes it can be done, especially with our know how under your travel belts!). So, who’s ready to start planning their trip to Australia? We are!
It’s all down to timing…
When’s the best time to book your adventure to Aus? Quite simply, now. Flight’s start to go down in price after the summer rush, and if you’re looking to catch yourself a deal then our main man Kali (aka, flight guru of the century) can get one for you, now. As a large percentage of backpackers head out to Australia and the Far East between October-December, it’s not only a fab time to meet other travellers but also the best time of year to soak up the awesome weather and escape from the British doom and gloom too!
Another idea?
How about combining your Aussie adventure with a mini trip to Asia? If you’re leaving for Australia from the UK, all of the flights will need to stop somewhere in this fantastic continent, so why not make a meal of it and head out for some pad thai in Thailand, or some dim sum in China? Each airline stops off at a different location, so you’ve got bags of options too.
So, what you waiting for?
Head back to the blog over the next week to catch up on all of our awesome Aussie advice. And just think… the next year will probably be the best year you've ever had!