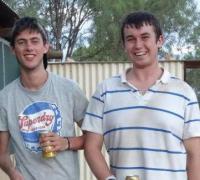 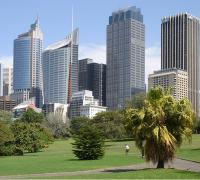 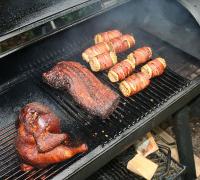 As an Australian born traveller who's straight out of school, I can empathise with the many backpackers shocked at the cost of travelling in Aus (perhaps it’s even more surprising for me given the fact that I've lived there for the vast majority of my life!). If I found prices to be sky high, how must foreigners feel!? However, this is where my advantage lies; in that I could use a number of insider secrets to lessen the damage on the wallet. These secrets, or a few of them anyway, I’m willing to impart with you lucky readers! This article will focus on a number of activities you can do that are maybe a bit unconventional, and also minimal in cost...
CRICKET OR AFL – $20-25
Doing what the locals do, or are interested in, is a good start for travelling anywhere in the world. In Australia, as I’ve previously written, sport is such a vital commodity to communities in Australia all over! If sport were expensive, riots would break out #seriously. If you’re in Melbourne or Sydney, then you can catch yourself a Big Bash T20 game for around $20. A bargain for some of the most entertaining and competitive cricket you’ll see – complete with fireworks! For a similar price, you could watch an AFL game. The atmosphere is always electric but read up on the rules before you head down. If you can possibly get tickets to a Melbourne derby at the MCG, there’s nothing like it. 100,000 Aussies all screaming their heads off while watching one of the roughest, fastest sports on Earth- ace!
MUSEUMS AND ART GALLERIES – $0
Australia is home to the oldest continuous culture on Earth. Indigenous Australians have been walking the land for close to 40,000 years and while landmarks like Uluru, King’s Canyon and the Olgas are traditional tourist hotspots, there are loads of free museums and art galleries which also explore their background, as well as Australia’s more recent colonial history. Those new to Australia (and New Zealand) are often surprised at the pride we take in our ANZACs, our soldiers, and the influence they have to this day. If you’re around on April 25, then head to a moving dawn service. Canberra is a particularly good place for enriching yourself in Australian culture and history, but every major city has numerous museums and art galleries where you could spend hours, not cash!
BOTANICAL GARDENS – $0
Don’t dismiss this idea! I love the Botanic Gardens of Sydney and Adelaide! There’s no better place to take a picnic, read a book, or even just walk around to soak up the Aussie atmosphere. The gardens in all major cities in Aus are buzzing with some of the most beautiful fountains, flora and fauna in the world, and are also perhaps the most underrated thing by visitors. Take an hour or so to go, and I’m willing to bet you’ll stay for longer!
HIRE A BIKE OR RENT A CAR – $15-30
The cost of this obviously depends on the size of your group, but I rented a nice little Kia in Cairns for $40 a day with four mates. For a day spent up in the stunning Daintree rainforest and surrounding Atherton Tablelands, visiting these amazing coffee plantations and wildlife sanctuaries (also free!) at only $15 each was a real bargain. Instead of booking through an expensive agency at triple the cost, ask at a hostel or information centre where the best things to visit are, and get your own transport! As a bit of a guide, petrol in Australia has a similar numerical value to that in the UK, but with a ‘$’ sign instead of a ‘£’ sign in front of it- so it's a fair bit cheaper. This could be something you could do with people you meet at a hostel too!
FREE BBQS – $0 + cost of food!
When I say this to my friends in the UK, only about 50% of them believe me. Yes, in Australia there heaps of places where free barbeques are for public use. All you need to do is bring your own food and something to clean it with and you’re set. Again, ask around where they are, but more often than not they’re in parks, and by the beach. You really can crack open some beers, and put some snags on the Barbie straight after escaping Jaws! But like I said; make sure you clean it afterwards because, well, that’s just how things are done in Aus...
So when don't believe all the hype, saving money when you're travelling in Australia is just about thinking before you dip into your savings! Of course there are some things which can cost a fair bit, but if you stick to some of these activities, you'll be able to see the real Australia with cash to spare - I did it!
Want to read even more tips? Read our earlier edition of Backpackers Budget here!