Cambodia - The Magic of Angkor 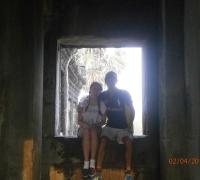 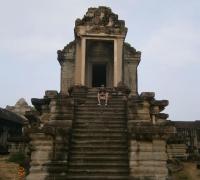 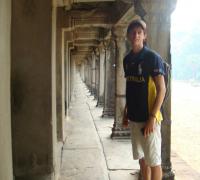 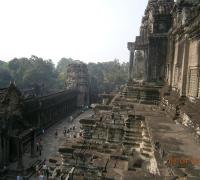 Authenticity is something that is important to me in many aspects of life, in this respect, travelling. I want to be able to see the real country I visit and gain insight into the lives of everyday people – it’s a key part of travelling isn’t it?

Put quite simply, Cambodia is the best country I have been to in Asia primarily due to the fact that it largely felt genuine. Having crossed the border from Thailand where many places seemed to solely exist for the purpose of catering to foreigners seeking a drinking holiday (I know that’s a gross generalisation and that isn’t to say Thailand isn’t a great destination – I had a wonderful time), but Cambodia made a refreshing change. For example, my tuk-tuk driver in Phnom Penh went out of his way to show me the Independence Monument at no cost, because he was proud of his country. The receptionist at my guesthouse in Siem Reap (Angkor Secret Garden – I can’t recommend it enough) wanted to know about universities in Australia because it was his dream to go to one - we played pool and he thanked me for helping him improve his English.

The Khmer Rouge ravaged Cambodia from 1975-79, killing a quarter of its then population of 8 million in four years while the world outside continued unaware. Indeed, even after the horrors were unveiled, international governments did not act. The Khmer Rouge retained its seat in the UN General Assembly until 1993, with the full support of influential leaders including Margaret Thatcher. Before Pol Pot’s agricultural utopian dream, Cambodia suffered from the fallout of the Vietnam War. The chemical Agent Orange was dropped by US forces over villages suspected of hiding North Vietnamese guerrillas to name just one instance. The people have much to be bitter about, and to reject foreigners of the same nations who offered no support to the victims of years of suppression and violence would be perhaps understandable. However, Cambodia is a welcoming place, an ancient place, and beyond all, a deeply spiritual place.

The most vivid examples of this are the Angkor temples hidden in the jungles to the north-west of the country. Home to over a thousand religious monuments, including the world’s largest and most recognisable, Angkor Wat, Angkor is steeped in cultural importance. The whole place has an aura similar to no place I have been. To watch the sun rise over the grand towers is perhaps only matched by the same occurrence at Uluru, or Machu Picchu. Writing about it not only makes me aware that my linguistic skills are by no means good enough to properly describe it, but also makes me want to return! In the grounds of Angkor Wat I found a small, isolated temple where I spent a good 15 minutes exploring, and thinking with nobody around, and no red tape to restrict access (selfish I know...) and it was perhaps the most genuine and pure moment of my trip.

It’s definitely worth purchasing a two or three day pass, or else you’re seriously risking having a major regret when you come home! My final piece of advice is this; don’t book a ticket leaving Cambodia until you get there, it’s a country full of hidden gems and to do your trip justice you must scratch beneath the surface.