A Gap Year: To ‘Year it’ or…? | Real Gap Experience Blog
Skip to main content 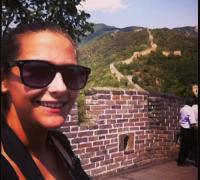 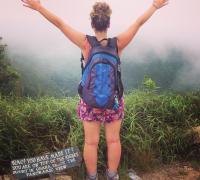 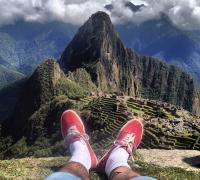 Officially, a gap year is:

gap year
noun
British
noun: gap year; plural noun: gap years
a period, typically an academic year, taken by a student as a break between school and university or college education.
…  but nowadays, a gap year isn’t really something which has an expiry date. In all seriousness, how many travellers do you know who’ve been away for 365 days, seen the whole world and come back bright eyed and busy tailed? Nah, we didn’t think so.
In all honesty, we reckon that we’ve all got that ‘bit’ more rebellious – we’re jumping outside of our comfort zones and chucking ourselves in the deep end. We’ve seen travellers go away for 2+ years, refusing to give up of their dreams of seeing the world, from eight weekers who are just interested in a ‘piece of this, and that’.
Want to see what a ‘shorter gap’ is all about? Examples from within our Camp
Dan, Travel Specialist – Back in October, Dan took a three month sabbatical to explore South America, something he’s been wanting to do since he was a whippersnapper. Starting off in Costa Rica, Dan visited our projects all over his new favourite continent – ticking off must do’s like climbing Machu Picchu and visiting the salt plains in Argentina. He even discovered his new favourite country, Brazil – and stayed in the Rocinha favela where our volunteers lay their head during their time in-country.
Hannah, Customer Operations Coordinator – Back in late 2012, ‘Champs’ joined our team as our intern. Once her contract was up, she went travelling and trust us, she went hard. In four months Champs ticked Thailand, Malaysia, Cambodia, Vietnam, Australia and New Zealand off her list, and saw some incredible things along the way (Angkor Wat, the Full Moon Party in Koh Phangan and the Sydney Opera House to name a few…). Straight after she got back, Champs rejoined Team RG #andallwaswellagain #theend
Danielle, Customer Operations Coordinator – Just before Danielle joined our team in summer 2012, a 19 year old Danielle spent three months touring through Africa, from Cape Town to Tanzania. Danielle’s now our resident Africa enthusiast and has since been back to climb Kilimanjaro and visit our projects in Malawi and Ghana. Her next stop, Ghana in August!
Although long gap years can work an absolute treat, don’t underestimate the value of a short gap. Besides, who ever said you can only go on one gap year in your life?!