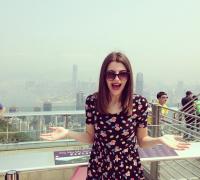 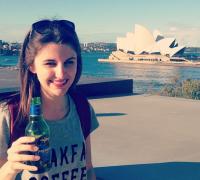 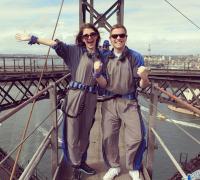 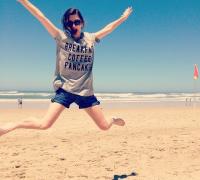 For the last two and a half years, I’ve been the sarcy so n’ so who’s been sitting behind Facebook, telling you all to go travelling - chucking out inspirational quote after inspirational quote. ‘Go solo!’, I say. ‘Head here!’ I say. Except, I haven’t actually *done it* on my own. Yet.

I've always loved travelling, and since I rocked up at Real Gap Experience back in 2012 I’ve travelled to (deep breath): Australia, Borneo, Hong Kong, Malaysia, Japan, Morocco, Greece, Dubai, the US and Iceland– but now it’s time for me to get my Real Gap on and get going. On my own. For eight weeks. SH*T THE BED!

This time round I’m heading to Singapore, Thailand, Fiji, New Zealand and the US. I’m spending two weeks in Thailand on my own ‘Thailand Experience’, before visiting this project in Fiji, and doing a bit of this trip in New Zealand. I’m so excited!

I’ve been wanting to head out on my own gap year for YEARS. When I left Sixth Form in 2009 I point blanked chickened out of a gap year, claiming that I ‘wasn’t ready’. ‘I wasn’t ready’ syndrome takes you over like an illness, you feel faint, sick, really stupid for feeling faint and sick and then to save face, you push it aside. Refuse to go. Get yourself another plan, and let it be. I look back at that now and feel like a right idiot, and truthfully I’ve regretted it ever since. (And traveller, the last thing I want is the same to happen to you).

Now I’ve been at Real Gap for a good few years (and doesn’t everybody know it, I’m REALLY REALLY LOUD) it feels like the right time to get out there and see the world. When we say that the whole world and their mum's mate travels solo, we really aren’t joking. 84% of you guys go solo. 84%! That's crazy! The best thing about travelling is that you’re never actually on your own – so many people head out into the world wanting an adventure that actually, you get talking to somebody within 0.1 of a minute (or so I’ve been told by very, very reliable sources). People, thankfully, are really nice. It’s not just me and you out there who are decent human beings; the world is decent too.

I love my job, so leaving it behind for eight weeks is going to be weird. I’m probably going to get attachment issues and start bleating on about my trip on Facebook, telling you all how ‘I’VE SEEN THAT TODAY’ and that ‘I NEARLY WET MY PANTS DOING THIS TODAY!’. I'm going to be doing a bit of everything - luxury hotel stays, hostel raves, group tours, volunteering.... the lot. This trip has been in the planning for months and however cheesey, has actually become a part of me. Loud, brash, little me.

I’m ticking off so many of my bucket list dreams that I’m probably going to explode. I’m literally travelling around the world in eight weeks: taking on North and South island of New Zealand, undertaking mahout training in Thailand, going to Disneyland in LA (result!), visiting the night markets in Chiang Mai and swanning around on the beaches of Fiji, and I can’t wait! Even if I did have to wait until the ripe old age of 24, I still firmly believe that you can never feel ready and sometimes, all you need to do is take that leap of faith.

So to those of you who think that you ‘can’t do it’, tell that negative little voice in your head to hush their gums. If I can do it, YOU CAN. Get out there, see the world, and make 2015 your best year yet. After all, what’s life if you’re just sitting behind a desk, waiting for your moment to come?!