Top Ways to Travel Around Australia! 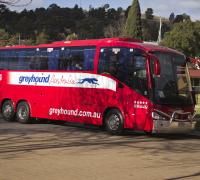 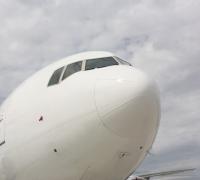 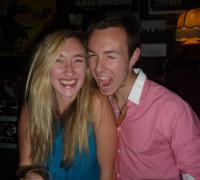 Hi guys! I've spent nine months in Australia over the past year, so thought I'd spread my travel wisdom over to any of you who plan to hit the Australia!

We, like many travellers, decided to take the decision to grab a Greyhound pass to go down the East Coast. This is a fantastic option, as there is multiple packages you can choose from, either doing it as a hop on/ hop off one way ticket (we chose the Cairns to Byron Bay ticket) or doing it via the amount of kilometres you travel by (which is perfect for those wanting to spend a bit more time at each stop, or who might be back-tracking on themselves a bit!). Another major plus side to the Greyhound is that your luggage isn't going to be weighed by a scary machine, which, more often than not, leads to a quick ditch of socks, shampoo bottles and anything else which is lying at the top of your case, nor do you have to pay airport transfer fees or spend hours waiting in departure lounges.

By doing a Greyhound, in comparison to other forms of transport, also inadvertently means that you will see alot more of rural Australia, than you were originally planning on. Unsurprisingly this life is very different from the metropolis buzz from each of the cities, or the party places along the east coast. Often prolonged stops along the way (usually for change of drivers/ a long loo stop) means that you can get out and explore the local community for an hour or two while stretching your legs. Another unplanned surprise of purchasing a Greyhound pass, is that you will often meet a core group of travellers that are always on the same coach as you. We ended up becoming very good friends with two separate French travellers, a Swiss girl, two English boys and an Irish couple; all because we were always on the same Greyhound's together. Such a friendship lead to us all dancing on the tables in Cheeky Monkey's at Byron Bay- definitely a friendship I wasn't expecting when I first handed over my money for my travel!

I'm going to go into more detail on my time on the Greyhound bus over the next few weeks (including a run down of my route) so keep your eyes peeled for that one!

Although Greyhounds are brilliant when you have a set travel plan in place, if you just want to get from one side of the country to the other, unless you want a long (and potentially) boring roadtrip going through Australia's bushland, your best option is to fly. The budget airlines in Australia are Jetstar and Tiger. Jetstar offers a comfortable service, serving most major airports in the country, while Tiger, well you get what you pay for. For instance if you are travelling from Sydney to Perth, it will take you about 5 days, and even that is with your foot on the accelerator whereas a flight will take you 5 hours. It is all about what you want to get out of your travelling experience, but once you add up petrol, accommodation and food, it often works out alot cheaper to fly long-haul.

I am ashamed to say that, even though I am a big train girlie, I did not go on a long distance train in Australia. Main factors? The price often worked out the same or more than flying/ greyhound, the services were long and infrequent, and those who did travel on them, said they were uncomfortable and you couldn't stretch out. Often you will find the train is alot longer than you anticipate, with a train from Brisbane to Cairns taking 32 hours! Pluses here include, like the Greyhound, you will probably be dropped off in a central location and your luggage won't be weighed, and you won't be paying inflated transfer fees to and from the airport.

Australia has this amazing system that, with so many people driving campervans from A-B, it is essential to get that campervan back to point A. The result? Often free journeys with petrol paid for! A travellers dream you say? Well yes it definitely seems so. As long as you can afford to pay a minimum of $1,000 bond and are prepared that this isn't a roadtrip, and but pretty much a straight drive in order to get your vehicle back before the deadline (which if you miss hefty penalties are incurred).