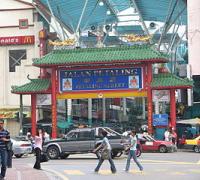 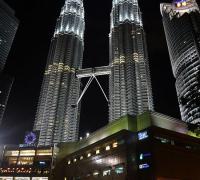 I'm Ollie, and this is my first blog for Real Gap since luckily becoming an employee here. You can read a little more about me in my bio section, but in the meantime I hope you like what I have to say!

I can make no authoritative claim to be a seasoned traveler, and I would be taking liberties to call myself an expert on the many cultures and customs of South-East Asia, but having experienced the delights of Bangkok, Phnom Penh, Ho Chi Minh City and Kuala Lumpur to name but a few incredible cities, I do feel entitled to throw in my two cents now and again! The latter of the places just mentioned, Kuala Lumpur, was somewhere that had always captured my imagination. Maybe it was something to do with the fact that the Petronas Towers were the tallest buildings in the world when I was given my first Guinness World Records book in 2003, or that my grandpa gave me a MR100 (approx. £20) note after a business trip there, but that aside, KL became a must as soon as I decided to visit Asia. To just say it didn’t disappoint would be an injustice to Malaysia’s capital.

The huge shopping centre, Berjaya Times Square, is worth a visit purely for the rollercoaster on the top floor alone, and the Petronas Towers are like two majestic custodians over the sprawling city, incandescent at night. KL itself is a wonderfully accessible city. With a map, a backpack, camera and bottle of water you can’t go wrong. Unlike many other capitals, KL is small with a population of only 1.6m and area of 243km² (Ho Chi Minh City has 7.4m and is 2100km² respectively), meaning just about everything is within a walking distance.

Possibly the best piece of advice I received whilst in Asia was to stay in the Chinatown part of the city, Jalan Petaling. Jalan Petaling is an assault on the senses. Every evening the surrounding streets transform from relative normality into a bustling and vibrant marketplace, offering everything from replica Rolex watches and Ray-Ban sunglasses, to bespoke suits and dresses, to delicious (and not-so) street food. It’s a fascinating place to grab a reasonably priced, ice cold Chang and people watch.

Checking out local markets is one of my favorite things to do all over the world; but these ones were unlike anything I had experienced! Before KL, I had never had to barter for goods, and had never been anywhere so inexpensive … Not a good combo. By the first night I had bought a pair of ‘Ray-Ban’ aviators, two ‘Ralph Lauren’ polo shirts, an iPad case, ‘Beats’ headphones, and couldn’t stop thinking about a ‘Patek Philippe’ watch. I thought it was great, but perhaps like many markets in SE Asia, perhaps not all too interesting for cultural purists wanting to avoid the spread of western consumerism! At the time I thought I had gotten extraordinary value for money – all those things for less than $40 (£26) – but soon realized that my negotiating skills weren’t as good as I thought. Sunglasses for around $4 (£2.60) seemed a bargain, until in Bangkok there were 5 for $5 (£3.50).

However, in hindsight, I’m glad I spent that little extra. Too many times I saw tourists intent on hard-line negotiation, taking advantage and squeezing every penny from stall keepers simply for the fun of it. At the end of the day, $1 here or there isn’t much to most travelers – even those on a budget – but many locals have no such luxuries. I’d encourage everyone who visits amazing places like KL to be willing to spend that little extra; it can go a long way!