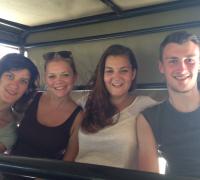 Here at Real Gap Experience we love seeing your travel dreams come true, and last year Joel won a competition on Facebook that'd send him to South Africa to our Big 5 project! Check out how he got on with this daily diary...