If African wildlife is top of your gap year wish list, then Tanzania probably should be too. This is where you’ll find Serengeti, Ruaha, Ngorongoro and Kilimanjaro – names that immediately conjure up the breathy tones of David Attenborough. Tanzania is home to one of the largest wildlife populations in the world and you’ll see every exciting big animal you could ever want to – big cats, crocs, buffalo, hippo, rhino – as well as all sorts of apes and birdlife. But there’s loads more to Tanzania for the student traveller.

Tanzania is certainly not short on spectacle: Serengeti National Park hosts one of the greatest shows on earth, the annual wildebeest migration, as well as the everyday wonders of an amazingly preserved wilderness. For those in search of adventure travel, there’s also the Ngoronogoro Crater, a volcano caldera 20km wide where lions, flamingos and black rhinos roam and nomadic Maasai tribesmen live as they have for centuries. There’s also spectacular diving off the coast of Mafia and climbing, not least Mount Kilimanjaro – just fitness and determination required.

For student travel, Tanzania has once-in-a-lifetime experiences. Exotic Zanzibar, the idyllic spice island, is the ultimate post-safari hangout, and there’s also its lush green neighbour Pemba. If history’s your thing, the coast towns – like Bagmoyo – were links on a vast ancient trading route that stretched in one direction across the ocean to India and in the other deep into the heart of the African continent. And Tanzania is one of the oldest continuously inhabited areas on the planet, with hominid remains millions of years old.

As a volunteer in Tanzania, you have a wide range of work options if you want to contribute to this amazing and beautiful land. These include teaching English to members of Maasai communities and immersing yourself in their culture, or working with disadvantaged children. 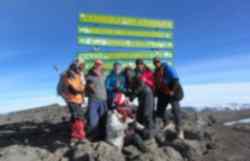 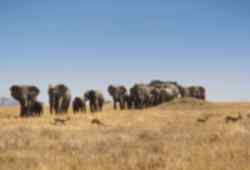 Travel through eight spectacular African countries on a 40 day adventure that'll take you from Kenya to South Africa. ...more

Travel through eight spectacular African countries on a 40 day adventure that'll take you from Kenya to South Africa. ...more 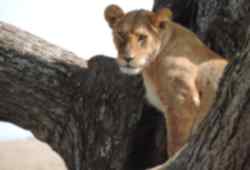 Best of Tanzania and Zanzibar 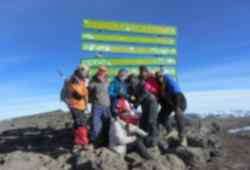 A once-in-a-lifetime trek to the summit of Africa's highest mountain! This trip is a unique experience for all adventure-loving travellers. ...more

A once-in-a-lifetime trek to the summit of Africa's highest mountain! This trip is a unique experience for all adventure-loving travellers. ...more