Set in the border of the Adriatic Sea, Croatia offers the ideal holiday mix: With breath-taking national parks, fortified medieval towns and stunning coastline. Not to mention a Mediterranean climate and enough islands to keep you occupied for a lifetime!

Known for its many music festivals which attract thousands of party goers each year, you’re always guaranteed some epic nightlife wherever you are in the country.

Take a stroll through the streets of Old town Zagreb and enjoy the delights that this capital city has to offer, or, head down to the Plitvice Lakes National Park and take in the seemingly endless, serene lakes and waterfalls.

Enjoy visiting Dubrovnik; one of the most iconic fortified cities in Europe which showcases Croatia’s identity to the world. Visitors are enchanted by its old town, surrounded by spectacular medieval walls and by the easy going Mediterranean lifestyle.

After visiting Dubrovnik, head out to the Adriatic Sea to start exploring those islands! With over 1000 islands waiting to be explored you might have a hard time deciding where to begin. Some of our favourites include Hvar, Korcula and Mljet which stand out for their nightlife, crystal clear waters, and stunning scenery.

Croatia is quickly becoming one of Europe’s hottest destinations! So go! NOW! 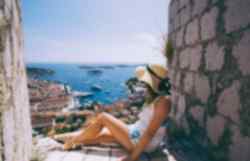 Sorry, we didn't find anything

Maybe you need a little inspiration?