A Sporting Tour of Australia 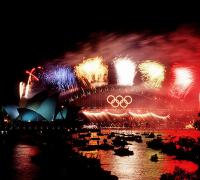 With Australia fast losing its reputation as a gritty, never-say-die sporting nation following yet another crushing Ashes Test defeat, a demolition by the British & Irish Lions (even though the Wallabies should have wrapped it up by the second match), and last year's dismal Olympics showing, what is happening to sport in the good old Aus?

Although no longer at the competitive peak of 2001 when Australia's trophy cabinet consisted of... *deep breath in*... a Rugby Union World Cup, a Rugby Tri-Nations Cup, the Bledisloe Cup, a Cricket World Cup, the Ashes urn of the previous 7 series, Grant Hackett and Ian Thorpe, a Rugby League World Cup, and had just held the Millenium Olympic Games - rest assured, the country has no love lost for sport as a whole.

However, many people tend to assume that all Australians love every sport, and this is far from the truth. In South Australia, for example, the Lions series against the Wallabies barely registered, and if you were to ask the lovely folks of Perth, in Western Australia, who won the last Football World Cup, they'd most likely respond with, 'Ah mate, trick question. Aussie Rules doesn't have a World Cup!' Travelling around Australia grants you the opportunity to experience many cultures, and it is fair to say that despite the small population of only 23 million (compared to the UK's 65m, the Japan's 127m, and India's 1.2bn - all of whom Australia finished above in the 2000 medal tally), these cultures change as much as the weather does.

Sydney is the true mixing pot of Australia. Historically, it was the first settlement of predominantly convicts in the late 18th Century, followed by large amounts of European settlers in the 19th Century, and lastly people all over the world in the 20th and 21st Centuries. It is Australia's largest city with 4m inhabitants, and the sporting culture encompasses everything imaginable. The metropolitan suburbs of Surrey Hills and Glebe will be bursting with colour come the 2014 World Cup in Brazil, and Sydney always plays host to any international tour or tournament in Australia. The Sydney Swans are current AFL (Aussie Rules) Champions, and Western Sydney Wanderers were runners-up in the 2013 A-League.

Melbourne though, capital city of Victoria and perennial rivals of Sydney in every aspect; financial, tourist, population and of course, sport, is the true home of the competitive culture of Australia. A trip to Melbourne for any enthusiast must include a visit to the hallowed ground of the Melbourne Cricket Ground (MCG). An arena of 100,000 seats, it comes alive every week of the calendar. Home to the Boxing Day Test every year, the AFL Grand Final every year, it has witnessed first hand the brilliance of cricketing legend Sir Donald 'The Don' Bradman and Shane Warne's hatrick amongst other moments. Even ask Queen Elizabeth, she watched a game of Aussie Rules on her visit down under in 1970! The AFL is the biggest talking point week in, week out in Melbourne, but get the locals talking about any other sport and you'll have made a new friend in one of the city's many trendy bars or restaurants, its other claim to fame.

Heading up north to Queensland and amongst one Australia's most beautiful sights, the Great Barrier Reef, is where the not so beautiful game is cherished. Rugby of either code, union (Super Rugby) or league (NRL) is what gets people going. In Townsville the Cowboys rule the roost, despite being ever unsuccessful in the NRL. Their rivals in the state are the Brisbane Broncos, winners three times in a row in the early 2000s, and who also must share crowd attendance with the Queensland Reds, Australia's most recent Super Rugby winner in 2011 and currenly pushing for a place in the final in this year's edition. The Brisbane Lions also enjoyed a successful spell in the AFL from 2001-2003, being named champions three years in a row, but no longer have the same roar, or bite. Queenslanders feverishly back their teams, but football (soccer) is not so much of a big deal. Cricket is the ruling summer sport, with the Brisbane Cricket Ground (the Gabba, or, Gabbatoir during Australia's more successful years) playing host to any touring team and remaining a fortress.

The West and South of Australia have similar sporting philosophies, and simple ones at that. AFL in winter, cricket in summer. Perth is home to the Western Force, a Super Rugby franchise, but their success has been limited both on and off the field. In recent times, their somewhat 'Galactico' based system has come apart with most moving back to rugby's spiritual home of Brisbane or Sydney. Football isn't mentioned much, it is still very much a second-tier sport in these places, and as aforementioned, the Lions tour barely registered.

Overall, the demise of the cricket team in particular is huge cause for concern for many Australians, but it is this sport which remains the nation's true sweetheart. AFL is loved us Aussies but no-one else, football is still trying to make it's mark - although is gaining popularity following our World Cup successes in 2006, and rugby is very much limited to the east-coast. What you can be assured of is, however, that despite bad tidings at the moment, the never-say-die approach to sport is not gone, Steve Waugh's legacy lives strong, and it won't be long before that little, brown urn is brought back to southern shores (metaphorically speaking of course, the English wouldn't ever give the real thing to us!)